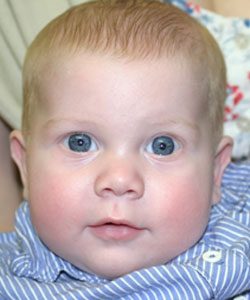 My first son, Corban was born in York District Hospital. We then moved to Beverley when I was 17 weeks pregnant. We decided we would like a home birth as Corban would only be 14 months old and we really didn’t want to go into hospital and leave him. I heard about HypnoBirthing and found Sandra’s details and we took the HypnoBirthing course which helped to confirm that home birth really was the right choice for us

With Corban I seemed to take a long time getting into established labour from the early signs. Any mum that labours like this knows how tiring it is as sleep becomes limited. I really hoped this time it would be different but it turned out to be similar. My due date was 29/10/2011 but he had other ideas. On Monday 31st I started with slight dilation pangs and by the following day they were about one an hour, by Tuesday teatime they were becoming like regular aches, I just relaxed and watched television and went to bed early. During the night I had to get up a few times to soak in the bath to ease the aches in my back. On the Wednesday I just relaxed all day, not really feeling like doing anything as I was tired due to lack of sleep. By the night I was really tired and getting a bit panicky that I wouldn’t have the energy to birth if it went on much longer. I asked John to time the surges but he kept falling asleep and so did I in between them. Every time I woke it was to see John face down and the stop watch still running. I practised the breathing techniques and went for a bath. I stayed in the bath for the rest of the night then at about 5ish I woke John and asked him to reheat the water in the pool. John then rushed about removing some of the cold water from the pool and refilling it with warm. I relaxed back on the sofa and asked for some paracetamol as the tiredness and back ache was getting to me a bit. I got in the pool at 6.45 and we rang for the midwives. My surges were only every ten minutes but I wanted someone there to confirm that this was the real thing as I wasn’t sure he was on the way.

My waters released at 7.15 and the first midwife arrived at 7.30. Just as she came through the door I felt a strong surge and the pressure of his head and I realised he was coming. As I didn’t want any involvement or coaching unless it was necessary I didn’t mention I was that close and the midwife settled down to do her paperwork. John was also busy at this point as Corban had got up and John was warming his milk. I leaned forward in the pool and relaxed until the next one came. All was calm and I felt in total control. Then two more surges and I slowly breathed his head out, with no pain or stinging. I took a breath and said “his head is out” John and the midwife raced over and I breathed out his body. When he came up out of the water he cried a bit and was put on my chest. His big brother, who was laid on the sofa drinking his milk looked over and smiled. It was the most perfect moment.